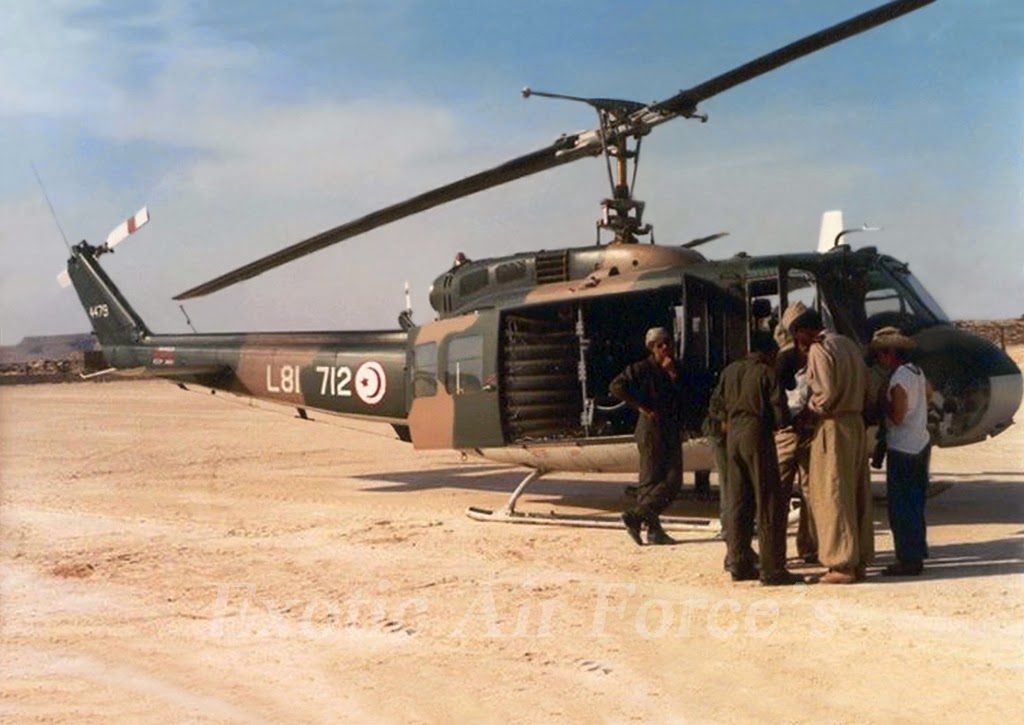 Note:- One of Tunisia's 18 AB.205's received and later supplemented by US supplied UH-1H's. This particular machine was delivered during February 1981. It wears it's c.n on the the tail fin. 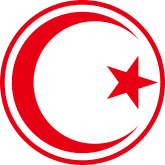 Posted by Unknown at 4:38 pm No comments: 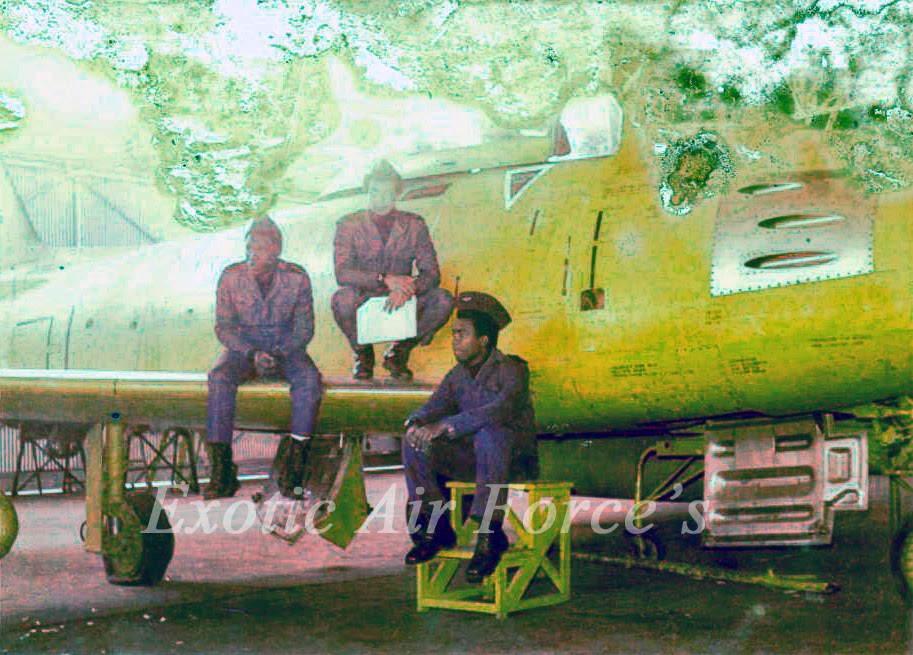 Just occasionally, you come across a discovery that really does make you jump out of your seat and here is one of them. I have no idea where or when it was taken, but i imagine it was just after Angola's independence in 1975. The image is in a pretty poor state, but it seemingly show's a F-86F Sabre in Angolan service!

Now i never knew that they used them, but there were reports of Fiat G-91's in service, so could those reports of mistaken them for Sabre's?

One thing is for sure, this image poses a lot more questions than it answer's...

Posted by Unknown at 4:56 pm No comments: 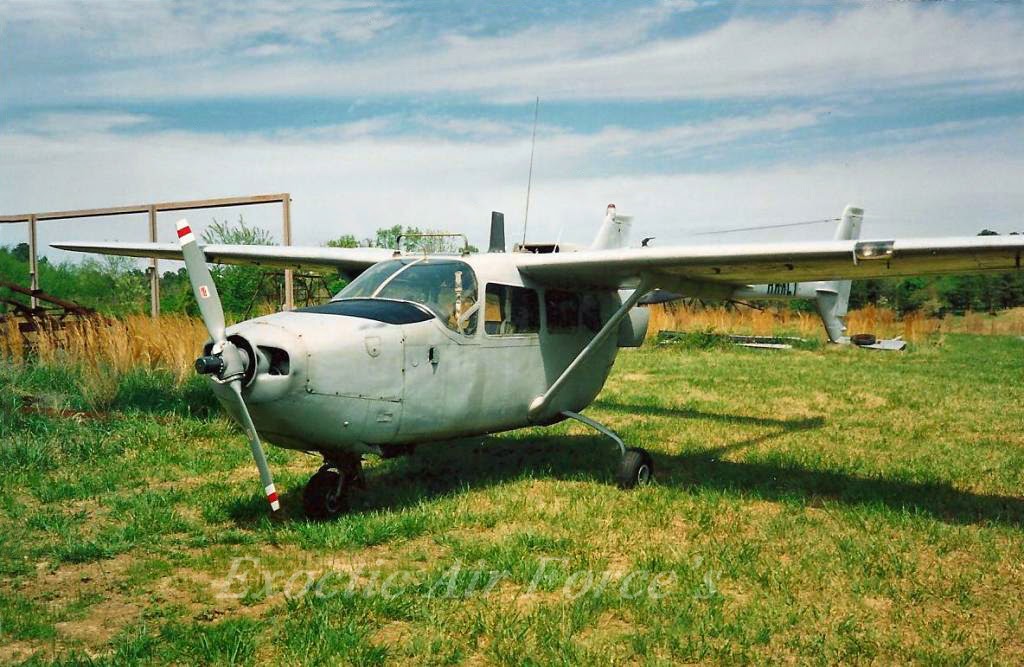 Here's a nice surprise! It comes in the form of a Contra operated Ce.337 Super Skywagon that was used against the Sandinista government in Nicaragua. It is pictured here during 1990 and carries the serial HR-ALT.

Posted by Unknown at 6:52 pm No comments: 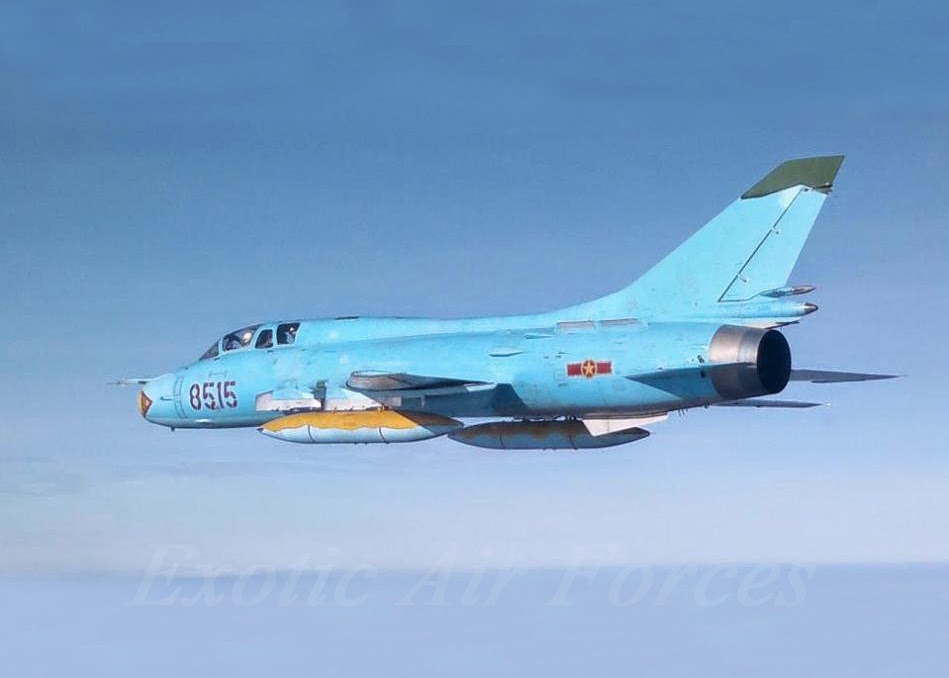 Note:- A beautiful air-air image of one of Vietnam's twin seat Fitter's. Three Regiment's are in use, based at Phan Rang, Yên Bái and Noi Bai in Hanoi. Some are used in the maritime strike role (hence the blue paint scheme ).

Posted by Unknown at 3:04 pm No comments: 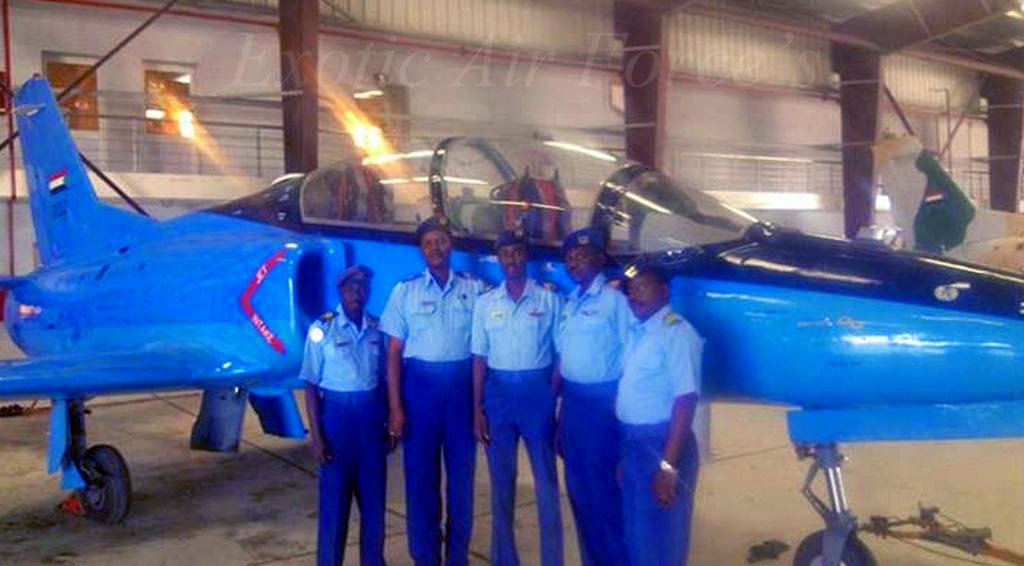 Not sure when or even where this image was taken, but it shows a new two tone Blue scheme applied to one of Sudan's K-8 trainer's. Whether this attractive scheme is being adopted by the whole fleet or simply a one off is unknown. The serial carried, seem's to be 802?

Posted by Unknown at 8:37 pm No comments: 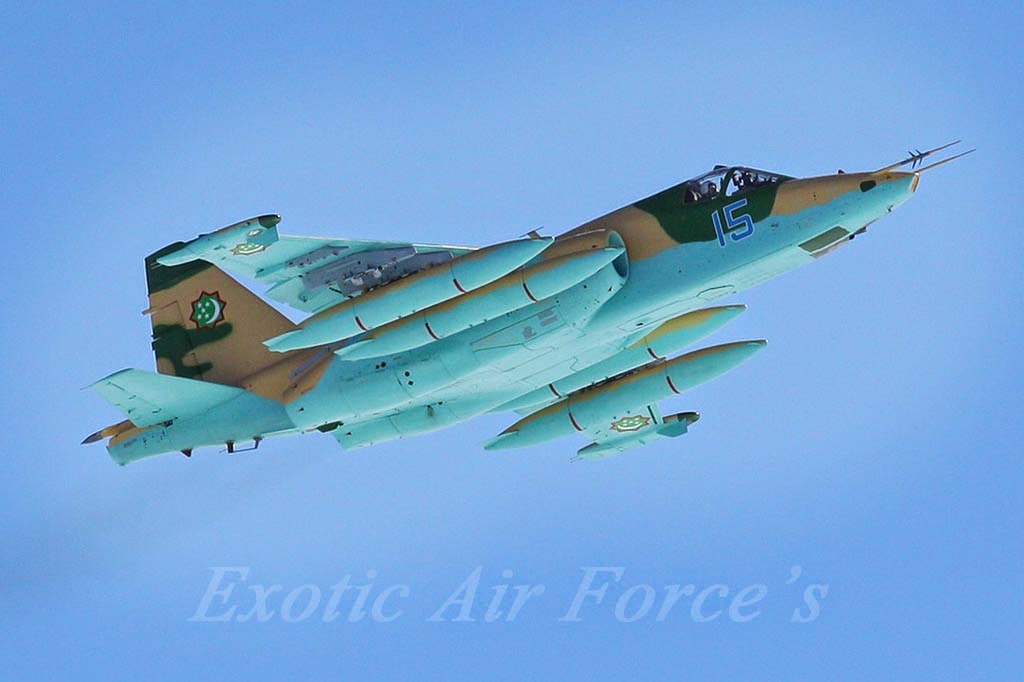 Note:- Turkmenistan inherited 46 of these robust aircraft after independence, the majority being         upgraded at Tblishi in Georgia circa 2004. A further upgrade to SM standard on around 24 of these was undertaken at Kubinka circa 2011/12. 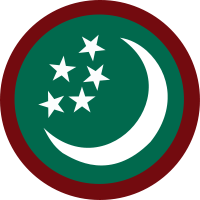 Posted by Unknown at 4:56 pm No comments: 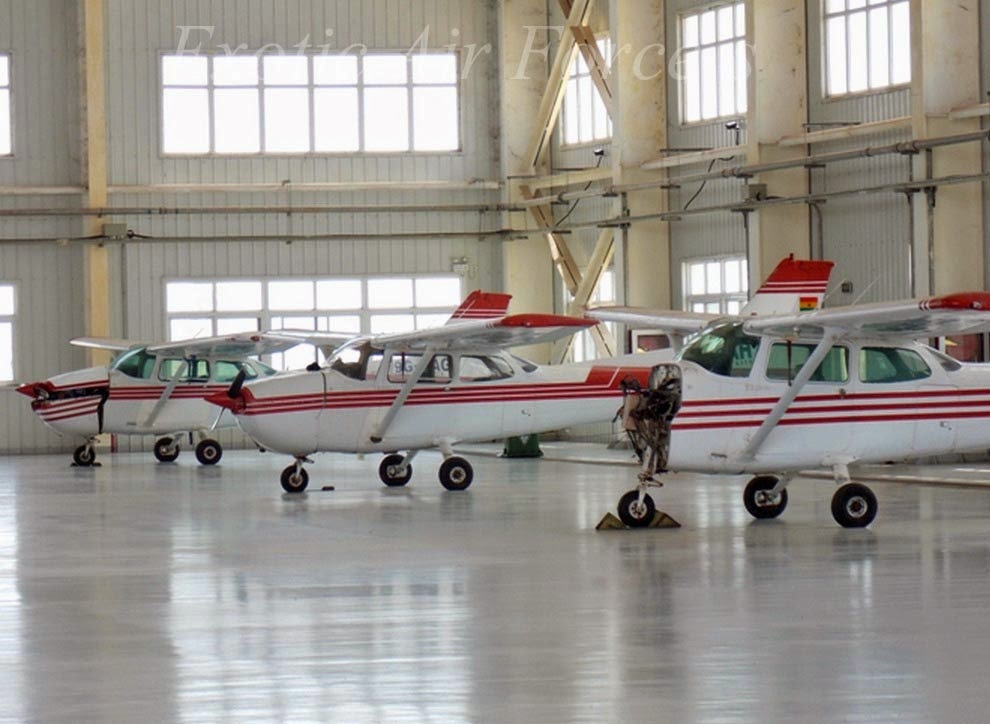 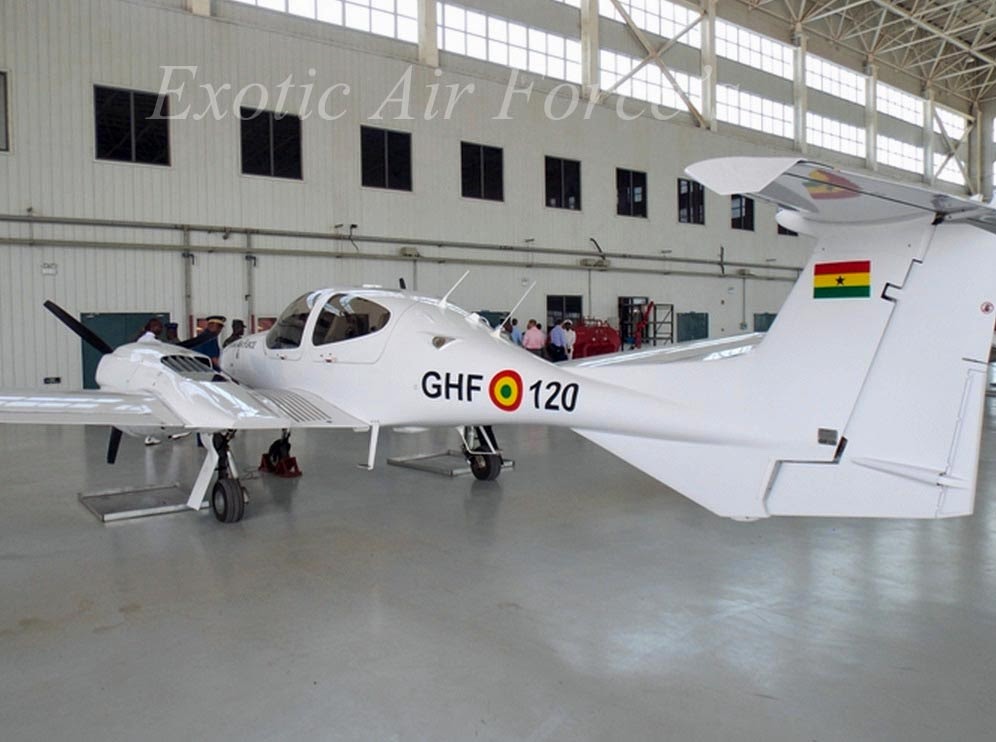 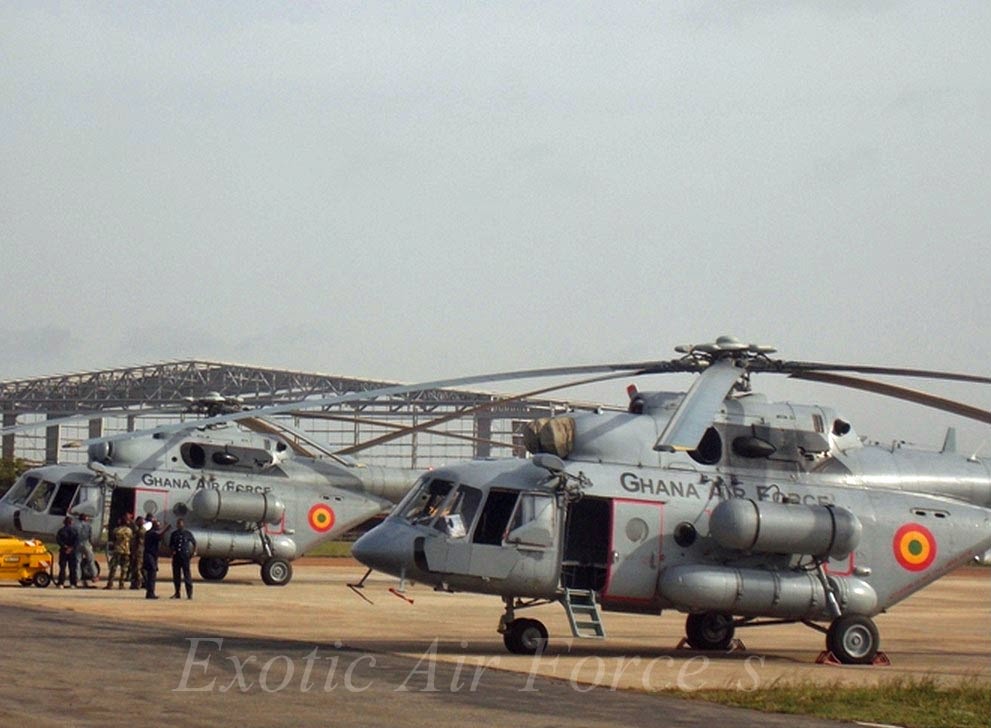 Whilst on the subject of Ghana, these images are from the recent Maritime Security event that was held there. The top image is really interesting in that it shows Ghana's three civil registered Cessna 172's in use with the Air Force. Registrations are 9G-?AH, 9G-?AH and 9G-?A?.

Posted by Unknown at 7:29 pm No comments: 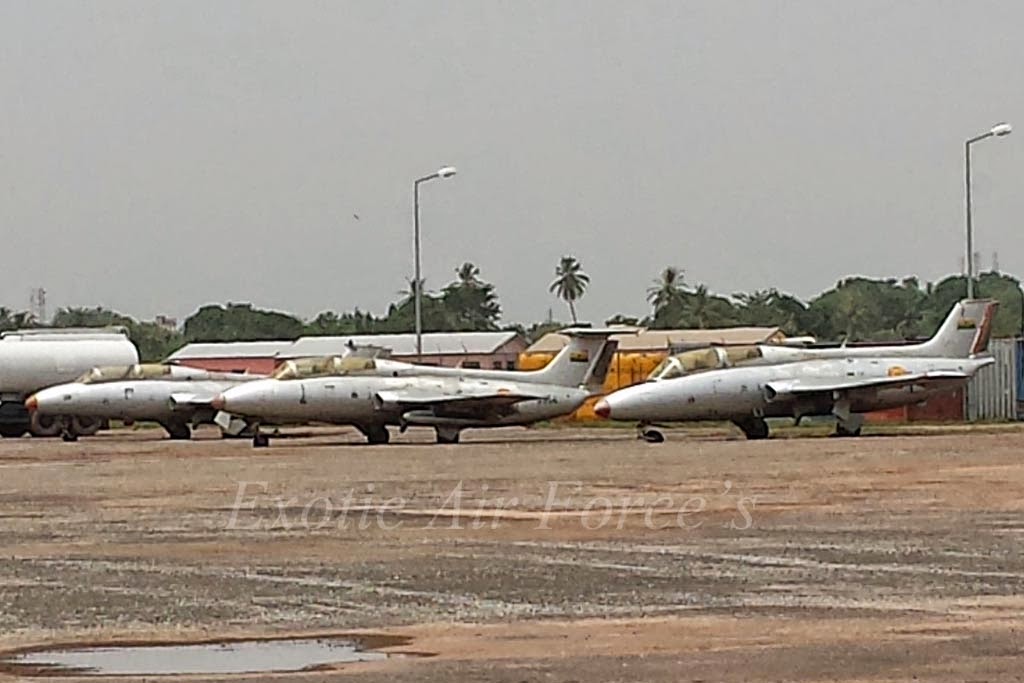 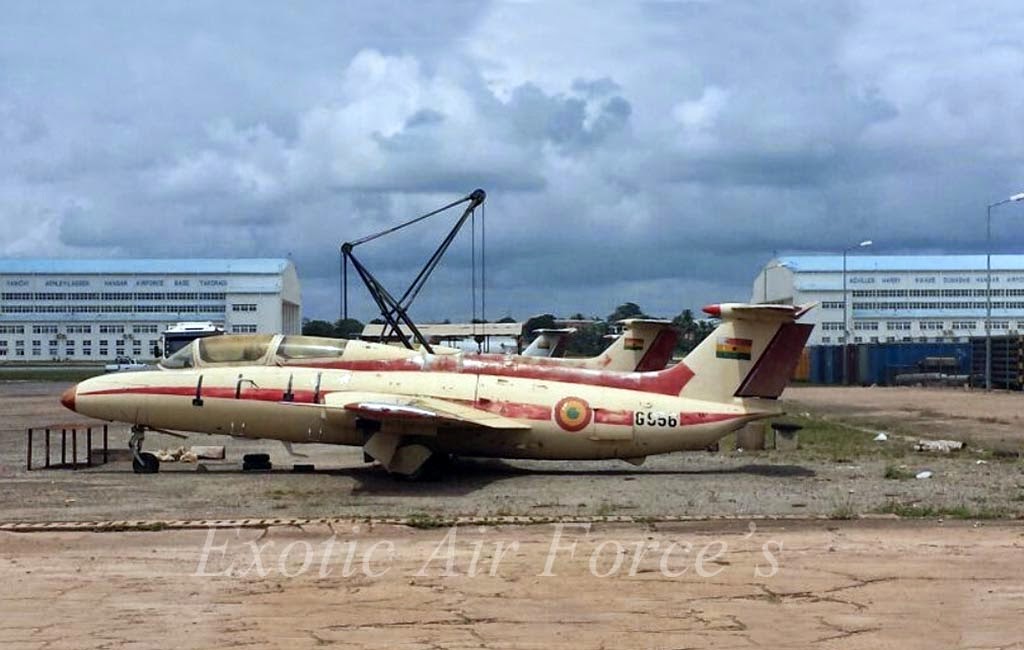 A recent trip to the west African nation of Ghana by member's of SWAG unearthed these gems in open storage at Takoradi. Illustrated here are the two differing schemes applied to Ghana's L-29 fleet.

Posted by Unknown at 6:20 pm No comments: 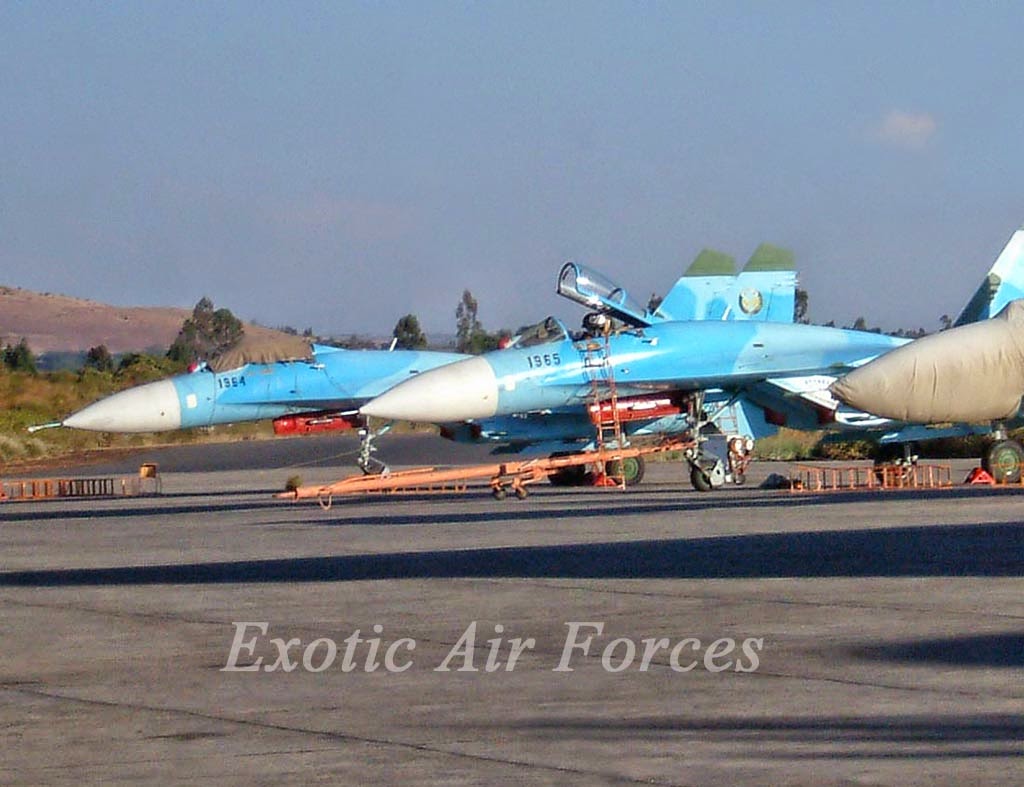 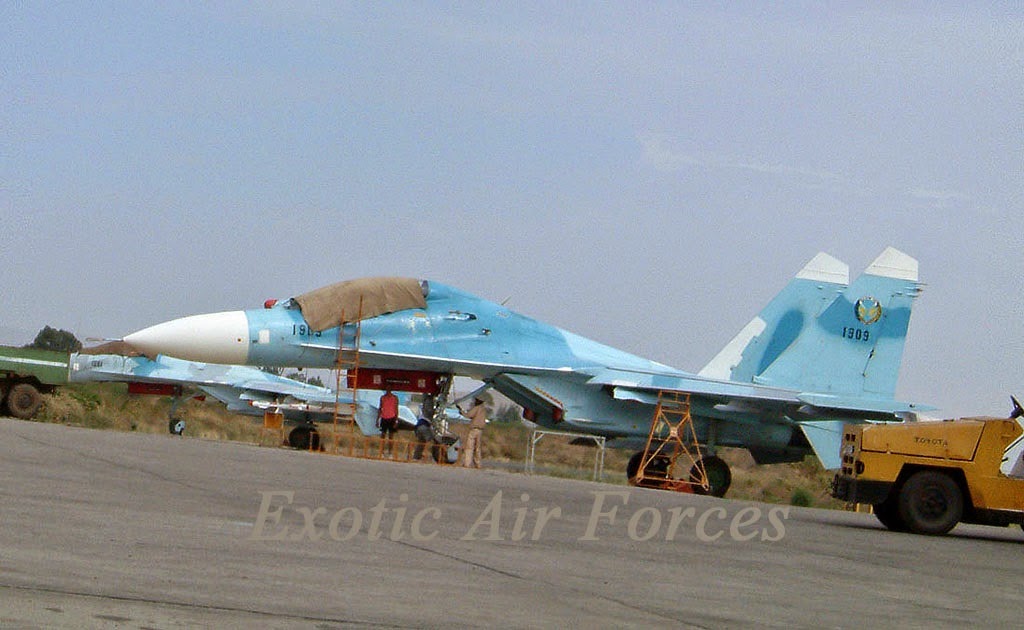 Note:- Not very often photographed, Ethiopia's Flanker's have been something of an enigma for military       aircraft enthusiasts for a while. Around eight single seater's and two duel trainers have been supplied from the Ukraine. Note the new roundel on the tail. 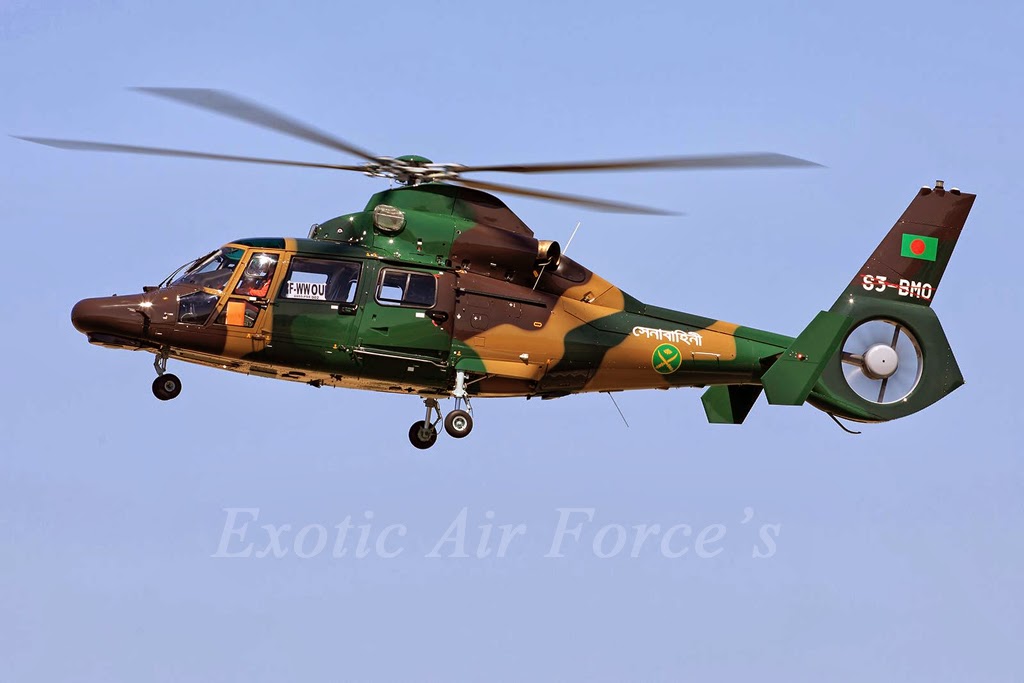 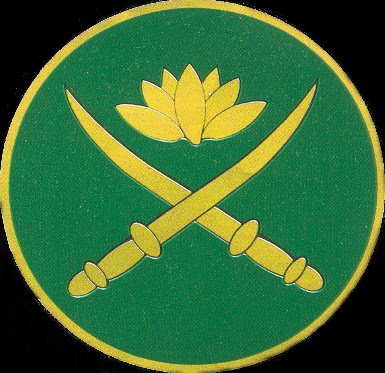 Posted by Unknown at 7:56 pm No comments: